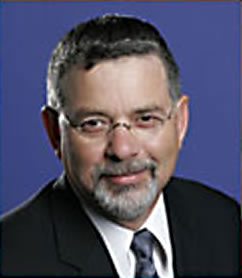 Mr. Rodriguez has been recognized by his peers as one of Florida’s legal leaders with the honor of being named to Florida Trend’s Legal Elite. Florida Trend’s Legal Elite is determined by polling practicing lawyers in the state of Florida to name lawyers whom they hold in the highest regard – lawyers with whom they had personal experience and would recommend to others. In 2015 and 2016, Mr. Rodriguez was honored to be named one of the Top Lawyers of South Florida in recognition of legal excellence and achievement by the legal community.

Past Employment and Business History

From 1972 through 1977, Mr. Rodriguez was employed at South Miami Hospital in various positions, primarily as a pulmonary function technologist on a full-time basis while simultaneously attending college.

After graduation from law school, Mr. Rodriguez was employed from 1984 through 1986 as an associate at the Law Offices of Stanley M. Rosenblatt in Miami, and from 1986 through 1988 as an associate at Hayden & Milliken, P.A., in Coral Gables, Florida. On April 1, 1988, Mr. Rodriguez joined with fellow University of Miami School of Law alumnus Jonathan Aronson to found their own firm.

Mr. Rodriguez was born at Camaguey, Cuba, and moved to Miami with his family in July 1959. Mr. Rodriguez attended St. Theresa’s School in Coral Gables and graduated from Christopher Columbus High School in Miami, class of 1973.

Mr. Rodriguez is an avid cyclist and an experienced martial artist, having trained for many years in the Korean art of Tang Soo Do (Soo Bahk Do), and the Japanese martial art of Aikido.

Mr. Rodriguez is fluent in English and Spanish, and resides in South Miami with his wife, Michelle, and two adopted canines.